WHAT THE ACTUAL FUCK (2 Viewers)

MasochisticMommy said:
I came across this post and I think I just lost brain cells.

Given that intersectional ideology is no longer using the term “killer”, due to it’s problematic triggering mechanisms we should use the term “harmer”, and we need to take a closer look at his crimes, and could he have been gender diverse?

While the law states that Ted Bundy committed terrible crimes perhaps we should look at WHY these events unfolded.

You see Ted Bundy really wasn’t the typical criminal at all. While he had some strikes against him, and yes he may have committed some crimes BUT he never actually identified as male, and there were also many times in which he supported women and women’s rights.

On one occasion in Vermont, Ted Bundy noticed a woman who’s car had broken down roadside late on a rainy night, and kindly offered her a ride home and he didn’t harm her.

That really doesn’t sound like the actions of a so called serial “killer”, at all does it?

Did you also know that Ted Bundy treated his girlfriend with respect and on many occasions even suggested that she should drive? To me it’s quite clear that he was not happy with the patriarchal oppression of women and wanted to take a stand there and then way back in 1971, he was WAY ahead of his time.

Ted Bundy also didn't like to purchase flowers unless they still had the thorns attached to them which may even cut the hands of the women he was giving them to, that just shows how gentle Bundy was at times because he didn't want to damage the creations of mother nature like Rose bushes by taking off their thorns. Thorns are what rose bushes use as protection.

It is also been said that on his way to the electric chair he was trying to tell the right wing murderers who were going to execute him that women need more respect, and he demanded equal pay for women in the workplace on a number of occasions, even writing letters to the local papers under the pseudonym “Ted Stabbe”.

The saddest part was the fact Ted potentially gender diverse.

On a number of occasions large amounts of women's clothing were found in his home or in storage lockers around town belonging to him. Some even had blood on them, likely because he was cutting himself, as many gender diverse people hurt themselves as they fall victim to the heteronormative patriarchy, another reason for correct pronoun usage, tolerance, love and support.

He’d obviously collected these clothing items over the years somehow and felt the only place he could wear them was with the curtains drawn, in his own personal safe space.

So next time you hear about Ted Bundy being a bad person, think about the heteronormative transphobic patriarchy that made him do them because they’re the REAL problem!View attachment 405952
Click to expand...

My nigga aint that just like stockholm sydrome with a twist.
R

Zandig2 said:
So, apart from the rape and murders, sex with dead bodies, he seemed like a swell dude?
Click to expand...

Apparently raping and Killing an extremely young girl was just a mishap in this ladies book. 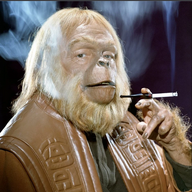 Bundy was a feminist. Dahmer was a vegan. Gein was non-binary. Gacy was a minor attracted person. It’s 2020. Be an ally.

You guys, he also saved a little boy from drowning. This man was a god damn saint!

Administrator
Reminds me of someone. Who do I know recently that thinks some good deeds should make up for him being a nutjob that shouldn't be allowed near women?