What Were Your Favorite PC Games From Around Ten Years Ago?

I started this thread just because I was looking through a box of old computer stuff I just found tucked away in a closet and found the game STRIFE (with my handwriting on it "Best Game Ever 1997") and couldn't believe it. I remember this game well. I played it and played it and played it. So awesome.


Finding these old games really made me smile.

What are some of your favorite games from the past?


Hah! That game kicked ass! Do you remember the REALLY old game Quarantine?

Anything horror. Back in my military days (way more than ten years ago) a guy brought Doom in the shop on floppy's and I fucking played that shit all day long.
That and Wolfenstein hooked me on PC gaming.

Some of my old games are still my favourites. Thank fuck for dosbox, can play the majority still.

Plus if I ever lost them, abandonware sites and good nerd game sites like GoodOldGames.com are around.

I have many favourites, it's probably easier if I categorise them:

I loved full throttle. Still got my cd copy along with these gems: The Dig , Flight of the Amazon Queen, Simon the Sorceror 1+2, Sam and max hit the road, Discworld.

Dreamweb was another fucking win adventure. Such awesome atmosphere and involvement for a game with pretty poor graphics.

Ripper. Cyberpunk style FMV based adventure. Had a good cast - and Christopher Walken was lulzy.

Doom was one of the first pc games I had access to. Still has a big place in my heart.
That and the original Unreal Tournament. Hard to replay old shooters again now, headache material.
I still got a lot of hours out of some of them.

Command & Conquer. Original was an epic in it's time.
Syndicate. One of my colleagues was raving the other day about EA bringing out a new game called "Syndicate". Lol, new. The original was fucking hard to complete, but was a big favourite of mine as a nipper. I hope they don't fuck up the new one 20 years on.
Fragile Allegiance: This really was a golden gem. Space exploration and wars. Shame the multiplayer never really worked very well as it was promising.
UFO Defence, Xcom Terror from the Deep: Fucking legends, and anyone who has played them will more than likely agree and foam at the twat/penis.

First game that I looked back on when I was older and asked myself;
"WHAT THE FUCK IS GOING ON HERE?!"

Special mention for Secret Weapons of the Luftwaffe (SWOTL). Old flight sim, blocky and ugly as fuck now. I don't know how I managed to play it. But it was still awesome in the day.


I've only scratched the surface in all honesty. I loved a lot of old games, but these ones stick out for me right now.

Also, lol quarantine. Played that game over and over, but always struggled after the 2nd city. Hard as nails. 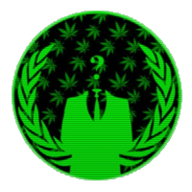 I absolutely love the Half-Life games. I remember as a kid i was watching my dad play it, then when he went to sleep i occupied his computer, just to smack scientists in the face with a crowbar. Oh, the nostalgia. <3

Forgot to mention one. Castles. That was the shit.
http://en.wikipedia.org/wiki/Castles_(video_game)

Ninj said:
Special mention for Secret Weapons of the Luftwaffe (SWOTL). Old flight sim, blocky and ugly as fuck now. I don't know how I managed to play it. But it was still awesome in the day.
Click to expand...

A friend of my mothers had Secret Weapons of the Luftwaffe. I used to love that shit as a kid.

Also also: forgot to mention Rise of the Triad \o/

SAF said:
A friend of my mothers had Secret Weapons of the Luftwaffe. I used to love that shit as a kid.
Click to expand...


Win to hear you also enjoyed it man, most of my friends are clueless about it.
Also, BOB: their finest hour. The even blockier prequel.

Blood was an awesome game back in the day as well. Still play it occasionally.

shitterofpants said:
Blood was an awesome game back in the day as well. Still play it occasionally.


That was the first PC game I played as a kid, my uncle brought it over for X-mas and I enjoyed it ever since.

Carmageddon was inspired in quarantine given its Mad Max style post-apocalyptic world. Both of them fucking awesome. Quarantine 2 wasn't as good as the first, though.

I hate that fucking game. Impossible. However, my wife can make it through the entire thing with her eyes closed. I am ashamed.

-Sent from my Desire HD-
You must log in or register to reply here.

Top Ten Nintendo 64 Games that made the 90's something to remember.