A Second World War plane crashed by a British pilot in the Sahara, before he walked off to his death, has been found frozen in time 70 years later.

Unseen and untouched, the Kittyhawk P-40 has been described as an aviation 'time capsule' after it was found almost perfectly preserved in the sands of the western desert in Egypt.

After coming down in June 1942, the pilot is thought to have survived the crash and initially used his parachute for shelter before making a desperate and futile attempt to reach civilisation by walking out of the desert."

"The RAF airman - believed to have been Flight Sergeant Dennis Copping, 24 - was never seen again. The crash site is about 200 miles from the nearest town.

The single-seater fighter plane was discovered by chance by Polish oil company worker Jakub Perka, who was exploring a remote region.

Despite the crash impact, most of the aircraft's cockpit instruments are intact. Its guns and ammunition were also still intact before being seized by the Egyptian military for safety reasons.

There are also signs of the makeshift camp made by the pilot alongside the fuselage."

"In 1942 he (Ft Sgt Copping) was a member of the RAF's 260 Squadron, a fighter unit based in Egypt during the North Africa campaign.

By June of that year the Allies were retreating from 'Desert Fox' Erwin Rommel and his German forces.

On June 28 Ft Sgt Copping and another airman were tasked with flying two damaged Kittyhawk P-40 planes from one British airbase in northern Egypt to another for repair.

During the short flight Ft Sgt Copping lost his bearings, went off course and was never seen again."

"Military historians say they are 99 per cent sure the Kittyhawk found in the desert was the one flown by Ft Sgt Copping, based on identification numbers and letters on the plane.

It was documented at the time that there was a fault with its front landing gear which would not retract and the photographic evidence suggests the aircraft had its front wheel down when it crashed."

Very cool, ww2 is my favorite of all

DurbanPoison said:
Very cool, ww2 is my favorite of all

Thanks and yes, I thought this was an awesome find. Not many, less than 6, of these RAF P40's are still around today.

"Military historians say they are 99 per cent sure the Kittyhawk found in the desert was the one flown by Ft Sgt Copping, based on identification numbers and letters on the plane.

It was documented at the time that there was a fault with its front landing gear which would not retract and the photographic evidence suggests the aircraft had its front wheel down when it crashed."

"According to experts, a plane making a controlled crash landing in the desert wouldn't have its landing gear down and would belly-flop on the sand.

There is also flak damage in the fuselage, which is also consistent with documented evidence of Ft Sgt Copping's plane.

Ft Sgt Copping's name appears on the El Alamein war memorial. It is not thought that there are any immediate family members of his left in the UK."

"Captain Paul Collins, the British defence attache to Egypt, confirmed there will be a search carried out of the area around the plane in the hope of finding his remains.

He said, "The pilot isn't in the plane but there is evidence to suggest he got out. It is likely he walked away and was clearly lost. We are talking about a 100 square kilometre area and it is extremely unlikely that we will find any remains."

'The scene is close to a smuggling line from Sudan and Libya. We will need to go there with the Egyptian army because it is a dangerous area."

Ian Thirsk, head of collections at the RAF Museum, said they are working with the MoD to make efforts to recover the plane."

"The Curtiss P-40 was a formidable fighter and ground attack aircraft in the right hands. Employed in theatres from China to New Guinea to the Aleutians to North Africa, P-40 variants had many names including the Tomahawk, Kittyhawk and Warhawk. The Kittyhawk was the name given by British Commonwealth air forces to the P-40E model and subsequent variants.

The P-40 saw action with the Desert Air Force of the RAF in North Africa. Though not a first rate high altitude dogfighter, the Kittyhawk with its long range, bomb load and armour, became a formidable low-level fighter-bomber.

Most know the P-40 as the mount of American General Clair Chenault's Flyng Tigers operating in China against the Japanese at the outset of the war. But, one of the greatest P-40 pilots anywhere was Canada's own W/C James "Stocky" Edwards who flew hundreds of successful Kittyhawk missions with 260 Squadron in the North African campaign.

Edwards used his underrated Kittyhawk to shoot down Luftwaffe ace Otto Schulz, one of the most skilled pilots flying a supposed superior aircraft - the Messerschmitt Bf-109F. To honour this great Canadian pilot, the Vintage Wings of Canada P-40 is painted in the exact Desert Air Force markings of Edwards' 260 Squadron Kittyhawk."

"According to Shores and Williams's Aces High, his (Edwards) final wartime score was 15 + 3 shared destroyed, with 9 more destroyed on the ground.

Brown and Lavigne's Canadian Wing Commander credits him with 19 victories, 2 shared, 6.5 probable, 17 damaged and 12 destroyed on the ground.

During an interview, Edwards himself specified that he had 19 confirmed victories during the war. (The transcript of this interview can be found on the site of Veterans Affairs Canada.)

Many who flew with him have said that he only reported those "kills" he was certain of and that his real number of aerial victories was probably much higher than officially reported. 18 of Edwards' 19 victories, according to Brown and Lavigne, were enemy fighters (14 Bf-109s, 3 FW-190s and one Macchi 202)."

Good bit of vid, wino. Thanks for adding it. 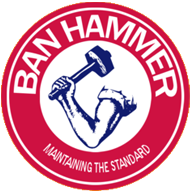 Bizarre way to die in the line of duty.

Administrator
Fuckin' hell. Nice find.
You must log in or register to reply here.