You Have WHAT, stuck in your ass!

You Have WHAT, stuck in your ass!

Magazines, such as The Church Times, have been retrieved from the anus. These were not found in the three people who had flashlights found in them, so apparently no one stuck the flashlights up there so they could read these magazines.

A microwave egg boiler, inserted by a man attempting to relieve his intractable constipation.

A light bulb, which the embarrassed unfortunate said he inserted while drunk. (It took suction-cup darts, mineral oil, and three catheters with inflated balloons in order to remove it.)

* A shaving cream can
* A frozen fish (with the dorsal fin extended).
* A bottle of Mrs. Butterworth's Syrup.
* A pair of reading glasses.
* A salami.
* A curling iron.
* A Baseball
* A frozen pig's tail.
* A kangaroo tumor.
* A whip handle.

In Munich, when a man collapsed, his phone somehow ended up in him, supposedly causing the redial button to become activated.

When his wife answered the call, she became worried because she heard inexplicable gurgling sounds. She called the police, who investigated, and were no doubt shocked to learn that this time they had a real asshole on the phone!

A "Darwin winner"—the Darwin Award is jocularly given to people who have removed themselves from the gene pool in a spectacular way—a Georgia attorney was showering with his cell phone.

He allegedly slipped on a tile, tripped against his dog, and sat on his cell phone. The cover somehow opened, activating the phone, or so he said.

Also in the hard-to-believe department, the phone supposedly rang three times during the lengthy surgical procedure undertaken to remove the phone. The doctors claimed that they were hysterical each time it happened. And perhaps also a bit disappointed that they hadn't found an answering machine up there as well.

The boy was in the habit of inserting a bicycle pump up his ass so the air would give him a strong though ephemeral high. But this time, this jerk used compressed air at a gas station.

When he exploded, "one woman thought she was watching a twilight fireworks display and started clapping," according to the newspaper report reprinted in "This Is True."

Military supplies such as shells have also been found in the rear. For example, one man lost a bullet up his ass when he used the shell to insert the suppository.

But the most bizarre case in this area concerned an old World War II veteran who had such bad hemorrhoids that they would get stuck in the seam of his underpants.

To get them out of the way, he often pushed one particularly troublesome and protuberant hemorrhoid back up with the artillery shell from an antiaircraft gun.

On one occasion, however, the shell got stuck, necessitating a visit to a surgical unit. The doctors were about to remove it when one of them casually asked, "It is spent, isn't it?"

"Oh, no!" said the man. "There's enough ammo in that shell to blast a Messerschmidt out of the sky."

They had to call in an army bomb squad — a "boob squad" would have been more appropriate for him — who then carefully built a lead box around his anus and defused the shell in situ before removing it. 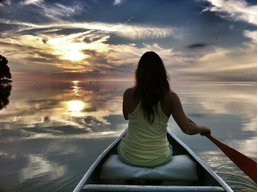 lol how did I know you would be here

wino;9104 said:
When he exploded, "one woman thought she was watching a twilight fireworks display and started clapping," according to the newspaper report reprinted in "This Is True."
Click to expand...

It make's one wonder what has been tryed to be shoved up there but just wouldnt go.

well, i tried unsuccessfully sticking the nozzle of the syrup bottle in my dick when it got too fucking messy and i have used the salami in my ass but was pretty fucking uncomfortable even after i trimmed off some girth and i promised myself to stop using that gay shit and stick with just simply stimulating my prostate with my finger.

No wonder your AV looks scared !

i had some fucking idea where i stuck the nozzle in my cock and shot syrup in it and later jackoff and see what came out. lol

Wtf the dude showering with his phone... he tripped against his dog... does his dog shower with him as well?

showering with your dog is cool bro. you could piss all over his face if you piss in the showers

A microwave egg boiler?... What the fuck is that???

The boy was in the habit of inserting a bicycle pump up his ass so the air would give him a strong though ephemeral high. But this time, this jerk used compressed air at a gas station.

When he exploded, "one woman thought she was watching a twilight fireworks display and started clapping," according to the newspaper report reprinted in "This Is True."
Click to expand... 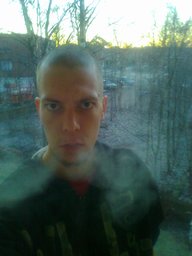 This Is My Fucked Up Life, Dont Try This At Home!

one time i had squirrel in my ass when i waked up from gutter...that wasnt very funny at the time...and now i have ninety ounces of baking soda mixed with dog's pupichair and hazel nut's in my ass!!! im fuckin enjoy this situation!!

thank you and lol
B

That just made my morning. Hmm a fish with dorsal fin extended - NOOICE!! 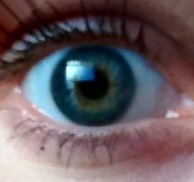