Social media users who denounce drug cartel activities along the Mexican border received a brutal warning this week: Two mangled bodies hanging like cuts of meat from a pedestrian bridge.

A woman was hogtied and disemboweled, her intestines protruding from three deep cuts on her abdomen. Attackers left her topless, dangling by her feet and hands from a bridge in the border city of Nuevo Laredo. A bloodied man next to her was hanging by his hands, his right shoulder severed so deeply the bone was visible.

Signs left near the bodies declared the pair, both apparently in their early 20s, were killed for posting denouncements of drug cartel activities on a social network.

"This is going to happen to all of those posting funny things on the Internet," one sign said. "You better (expletive) pay attention. I'm about to get you."

The gruesome scene sent a chilling message at a time when online posts have become some of the loudest voices reporting violence in Mexico. In some parts of the country, threats from cartels have silenced traditional media. Sometimes even local authorities fear speaking out.

And bloggers who specialize in sharing news about trafficking have been threatened in the past. But this could be the first time users of such social networks have been targeted.

Investigator Ricardo Mancillas Castillo said he had not encountered a threat against Internet users in his four years based in Nuevo Laredo. But the signs of torture -- the cuts, the disembowelment -- were along the lines of what officials are used to seeing in drug-related violence.

In the case of the two victims found on the Nuevo Laredo bridge Tuesday, their ears and fingers were mutilated, said Mancillas, who works for the public prosecutor's office.

There are no witnesses, and it is a nearly impossible task to identify the perpetrators, he said.
Thirty-six hours had passed since the bodies were found Tuesday morning, but no one had come to claim them and they remained unidentified, Mancillas said.

It will be nearly impossible to determine if the two victims actually posted anything about cartels on the Internet, as people don't usually use their real names online, he said.

They were signed "Z," a possible reference for the Zetas cartel, which operates in the area.
Blog del Narco is a website that deals exclusively with news related to drug violence in Mexico. Its creator remains anonymous.

On the Al Rojo Vivo forum, where citizens can make anonymous tips, one person wrote: "Don't be afraid to denounce. It's very difficult for them to find out who denounced. They only want to scare society."

One Twitter user echoed that sense of defiance in light of the threats.

"Enough! If we shut up today, we will have lost the ground that we have gained. This is the time to show what we are made of," the owner of the @QuestoyQuelotro Twitter account wrote.

In a statement sent to CNN, Blog del Narco said its site is not dedicated to denouncing crime, as are other sites.

"In addition, we are not in favor or against any criminal group, we only inform as things happen," the statement said.

More than 34,600 people have died in drug-related violence since Mexican President Felipe Calderon announced a crackdown on cartels in December 2006, according to government statistics. Other reports have listed a higher toll. The latest Mexican government tally was released in January.
R

i denounce......
now come to new york city and find my american ass! I think there are plenty of Mexicans in NYC that can find you dude.

just read the report on this
thanks

it's been going on for while. borderland beat lost one 6months ago, i think. evidently the gangs aren't fond of someone else telling their story.

KingFate said:
I think there are plenty of Mexicans in NYC that can find you dude. 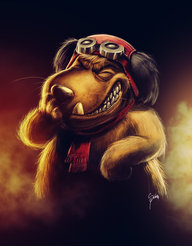 silo3849 said:
Just go to any Chinese restaurant and your sure to find a Mexican cook
Click to expand...

any restaurant for that matter,really....

mrln said:
any restaurant for that matter,really....
Click to expand...

Yea...then you go to a Mexican restaurant and find a Chinese cooking. Don't even get me started on the Indian joints.

Snitches don't get stitches: They get tortured and hung. 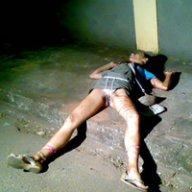 They should quite honestly form death squads and kill anyone suspected of being related to drugs.

I think if I lived there I would buy some automatic weapons and make sure even my Mother practiced with them every month or so.

Really, what a shithole. And the funny thing is, these cartels make videos of them decapitating people, cutting throats, cutting off dicks of people hanging upside down, etc. and then distribute the videos around. But when someone else makes a blog about the videos they've seen, they are now being hunted down. Go figure.
You must log in or register to reply here.