FIRST the bad news - scientists are now 99 per cent certain mass extinction events on Earth are as regular as clockwork.
The good news? There's still 16 million years to go until the next one.

That's the finding from scientists from the University of Kansas and the Smithsonian Institute in the US, where they've mapped out all Earth's extinction events from the past 600 million years.

According to what they've seen, life on Earth is wiped out every 27 million years.

It's not going to be global warming that finishes us all off, either.
Unfortunately for our planet, it passes through a shower of comets every 27 million years, and it very rarely escapes unscathed. Of the last 20 times we made a galactic run for our lives through the comet shower, Earth only escaped with most of its biological organisms intact six times.

The most widely publicised one was 65 million years ago, when a 15km wide asteroid hit the Earth in Mexico with the force of a billion atomic bombs and wiped out the dinosaurs. There's also more bad news - the extinction scenario rate is not strictly accurate.

Sometimes the asteroids ambush all life on Earth up to 10 million years earlier than they should. The good news is all on the side of our Sun's dark twin Nemesis, which until now received an unfairly large proportion of bad press, being considered responsible for the bombardment. The theory used to be that Nemesis passed through a huge - even by universal standards - belt of dust and ice called the Oort cloud every 27 million years, sending the comets our way.

Now scientists say that because the extinction scenarios happen so regularly, Nemesis couldn't be responsible, as its orbit would have changed over such a long time. Which isn't to say the Sun's evil twin - which lies about one light year away from it - is not still spraying Oort cloud comets all over our galaxy, just that they're hitting other planets these days.

Which still leaves the question as to why we've drawn the short straw and what we're going to do about it. The last one occurred 11 million years ago, so at least Doomsday cult members can now set their clocks for the year 16,002,010, rather than the fashionably Hollywood mark of 2012.
Which gives us all a little breathing space - if you don't believe in global warming.
Click to expand... 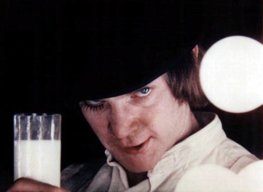 Shit, I was kinda hoping for the 2012 thing to happen. Mostly because of the Mayan calander.

I don't believe their shit about millions ago this and billions years that. They're full of hydrogen shit. They must have smoked Devil's Breath.

oort cloud got you worried? COME ON DOWN AND TEST DRIVE OUR NEW RANGE OF ARKS

meh...at this point in life, the sooner the better

we'll do ourselves in, in about 300 yrs.
You must log in or register to reply here.