CHARIKAR, Afghanistan (Reuters) - Sayed Jalal furrowed his eyebrows in anger as he vowed to avenge the public execution of a woman in front of a large crowd not far from Kabul, brazen violence that spurred shock and sharp condemnation from Afghan authorities and the United States.
The Taliban denied involvement in the killing in Parwan province, in which an unnamed woman's head and body were riddled with bullets at close range in punishment for alleged adultery.
Authorities in Kabul directly blamed the Islamist group.
"We will take revenge for this. Their brutality and such inhumane acts are why we hate the Taliban," said the 42-year-old shopkeeper in Charikar, provincial capital of Parwan about 25 km (15 miles) south of Shinwari, where the killing took place.
The execution was recorded in a three-minute video, obtained by Reuters, which shows a woman in a shawl being repeatedly shot in front of around 150 men perched on a hill, who cheer and praise the attackers, calling them "mujahideen", a term the Taliban call themselves.
NATO's top commander in Afghanistan, U.S. General John Allen, called the killing "an atrocity of unspeakable cruelty".
Others in Charikar, from where a dirt road leads to Shinwari through rough terrain, lamented what they described as the Taliban's increasing sway over their once relatively peaceful area, about an hour's drive west from Kabul.
"The Taliban are creating fear and trying to rule us through terrorism but they will never succeed," said Charikar resident Najibullah, 30, prompting approving nods from a crowd of men who had formed around him in a busy outdoor market.
The Taliban dismissed the claims: "We have no operational update about this," spokesman Zabihullah Mujahid said. Parwan's governor Basir Salangi said the Taliban carried out the killing in his province eight days ago.
Despite the presence of over 130,000 foreign troops and 300,000 Afghan soldiers and police, the Taliban have managed to resurge beyond their traditional bastions of the south and east, extending their reach into once more peaceful areas like Parwan.
"This was a brutal act against the Afghan people by the Taliban," Interior Ministry spokesman Sediq Seddiqi said.
"They will be punished as they were punished 10 years ago and we will continue our struggle to eliminate them," he told Reuters, referring to their ousting from power in late 2001 by U.S.-backed Afghan forces after an austere five-year rule.
The condemnation came on the day of a major donors' summit in Tokyo, where $16 billion in development aid was pledged for Afghanistan over the next four years as they try to prevent it from sliding back into chaos once most foreign troops have left by the end of 2014.
In a declaration by summit participants, the importance of promoting women's rights was stressed repeatedly.
The U.S. embassy in Kabul, condemning the public execution in the "strongest possible terms", said the hard-won gains of Afghan women made in the last 10 years must be protected.
But Shah Jahan Yazdanparast, head of women's affairs in Parwan, which is connected to the Kabul ministry, said such naked violence as the woman's execution "will only increase our fear and concern as women in Afghanistan".
Afghan women have won back basic rights in education, voting and work since the Taliban were ousted from power but fears are mounting both at home and abroad that such freedoms could be traded away as Kabul seeks peace talks with the group.
"Afghan women and girls were looking to the international community to protect the progress they have made in the last decade and they have been let down," Oxfam Afghanistan's head of policy and advocacy, Louise Hancock, said on Sunday after the close of the Tokyo summit.
Violence against women has increased sharply in the past year, according to Afghanistan's independent human rights commission. Activists say there is waning interest in women's rights on the part of President Hamid Karzai's government.
Authorities blamed the Taliban for the stoning to death of a young couple in northern Kunduz province two years ago in a crowded bazaar, days after a pregnant widow was flogged and killed in western Baghdis province. The Taliban denied involvement.
(Additional reporting and writing by Amie Ferris-Rotman; Editing by Robin Pomeroy)

Is this concerning the girl that was brutally murdered in that other video you posted D?

softballmama said:
Is this concerning the girl that was brutally murdered in that other video you posted D? 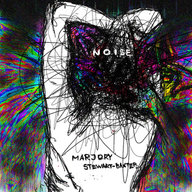 well shit, if you get murdered for adultery, I would have been killed 8 times by now. Literally. 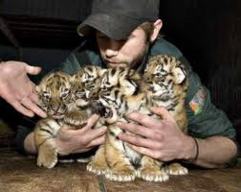 I don't think you could be killed eight times literally, unless..... Your catwoman!
You must log in or register to reply here.
Share:
Email Link
Top