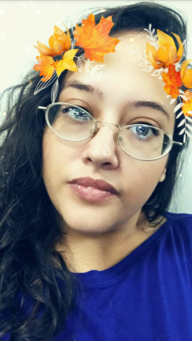 WHERE: India
WHEN: 700-1850
THE CRIME:
According to The New Shorter Oxford English Dictionary a thug is a member of a religious organization of professional robbers and assassins in India, and the word dates from the early 19 the century. The cult began in about 700 and sacrificed people to the goddess Kali, wife of the god Shiva. Kali encouraged her followers to kill unbelievers and, with each murder, the follower's standing would be increased.
Kali would eat the human sacrifices until one day a follower saw her. She gave forth a tooth, a rib and a length of herd sari, which became respectively a knife to dismember victims, a pickaxe to pluck out their eyes and a noose to strangle them. In southern India her followers were known ashe Phansigars (from the Hindustani phansigars meaning "noose") and in northern India as Thugs ( from the Sanskrtiothag, meaning "to hide"). Both Muslims and Hindus joined the Thuggee cult. Thugs usually kidnapped boys about 10q to initiate them into the cult . Before each member a group of thugs would pray before the statue of Kali. All the attacks took place in the winter and there was a strict protocol to be followed. They would only rob if the victim had been murdered in the approved fashion and they never killed women, boys under 10 or anyone who was disabled. The most infamous member of the Thuggee cult was Behram Jemadar, born about 1765 in India. Her was said to have been the world's most prolific serial killer , dispatching 931 people between 1790 and 1840. Her would sneak up behind them and strangle them with his rumal or ceremonial cloth. However, more recent research shows that far from offing nearly 10, 000 people, he was actually only personally responsible for a quarter of that number. Her did admit to being present when 931 people were murdered by the Thuggee cult but "I may have strangled with my own hands about 125 men, and I may have seen strangled 150 more ." It is thought a gang of between 25 and 50 thugs were responsible for the mass murders.
THEAFTERMATH:
The British Army in India began a crackdown one the cult and by the 1850s the Thugs had been all but suppressed. Behram was hanged in 1840. Interesting cult. Is it still around? I like the devotion the follower had.
OP

They say they were suppressed around 1850s, they prolly kept it more hush, doubt the murder rate went down but hay

Devotees must remain. This ancient belief CANNOT be entirely suppressed. Only forced into secrecy.
OP

Yeah they were hard core,

Is this were the word "thug" comes from?? Another really interesting read!