Despite outrage over killing, little to stop growth of sanctuary cities (1 Viewer) 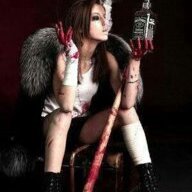 The murder of a young woman in San Francisco last week -- allegedly by an illegal immigrant who'd been deported five times, and was in city custody before being put back on the street without notifying immigration officials -- has re-ignited a national debate over "sanctuary city" policies.

But a look at past challenges to these policies shows just how difficult it is to rein them in.

Cities, counties and states that openly limit cooperation with federal immigration officials have been growing for years -- dating back to the late 1970s in Los Angeles. They also grew out of church efforts to help Central American refugees. More than 100 such jurisdictions now exist, with little to keep them in check.

Court challenges have fallen flat. Congress has been unable to pass new legislation cracking down on them. And in recent years, the Obama administration has taken a conciliatory approach.

While Immigration and Customs Enforcement officials are furious that San Francisco ignored their request to notify them when Francisco Sanchez -- the suspect in last week's murder of 32-year-old Kate Steinle -- was released, it's far from certain anything will be done to get San Francisco and other jurisdictions to cooperate going forward.

Further, critics say Sanchez' handling by the city was hardly an anomaly.

"This wasn't a failure or a mistake or an accident. The sanctuary policy operated exactly as it was designed to operate," Jon Feere, a legal policy analyst with the anti-illegal immigration Center for Immigration Studies, told Fox News.

In the case of Sanchez, he already had been deported five times and had a lengthy felony record when ICE turned him over to San Francisco on an outstanding warrant in March. ICE requested they be notified before any release, but the city allegedly ignored the request and released him in April.

In the near-term, Democrats and Republicans are moving to pressure San Francisco and other cities to cooperate more. Sen. Dianne Feinstein, D-Calif., wrote a letter to Mayor Ed Lee urging the city to participate in a new ICE program called the Priority Enforcement Program, meant to help federal and local officials cooperate to keep dangerous illegal immigrants in custody.

She floated the possibility of "additional federal legislation," as Rep. Duncan Hunter, R-Calif., also plans to introduce a bill withholding funds to some "sanctuary" governments. California state Sen. Jeff Stone, a Republican, also announced Tuesday he is drafting a bill to crack down on sanctuary cities in the state.

But this has been tried before. The House approved an amendment from Rep. Matt Salmon, R-Ariz., in 2013 barring DHS funds to these cities, but it did not survive the Senate. (He and other lawmakers are currently working on new legislation.)

And the Obama administration lately has been reluctant to get tough on these cities.

"It's because of the political efforts of Republicans that we have not been able to make the kind of investment that we would like to make in securing our border and keeping our communities safe," he said, without criticizing any city policies.

And earlier this year, ICE Director Sarah Saldana backtracked after initially appearing to support the idea of new legislation requiring local cooperation.According to a Washington Times report at the time, she said, "Thank you, Amen," regarding such legislation. But after that drew a backlash, she issued a statement saying federal legislation to require state and local compliance with ICE detainers would be "highly counterproductive."

Absent a legal definition, estimates vary on how many sanctuary cities and counties there actually are. The Federation for American Immigration Reform, an anti-illegal immigration advocacy group, estimates 103 towns, cities and counties across 33 states -- and the District of Columbia -- have such policies. ICE earlier this year said the number is over 200.

San Francisco has followed such policies since the late 1980s, but firmed them up recently. In 2012, California Attorney General Kamala Harris said local law enforcement are not required to determine immigration status or enforce federal immigration laws. She also said civil immigration detainers -- ICE requests to hold a suspect -- are voluntary. The entire state also operates under the Trust Act, which allows illegal immigrants charged with minor crimes to be released after posting bail or serving time.

The San Francisco Sheriff's Department has defended the decision to release Sanchez, saying it had no authority to hold him, and there was no outstanding federal warrant.

He said: "I am concerned about the circumstances that led to the release of Mr. Sanchez. All agencies involved, Federal and local, need to conduct quick, thorough and objective reviews of their own departmental policies and the decisions they made in this case."

Past legal challenges to recalcitrant cities have not gone very far. A state judge ruled in 2010 that San Francisco wasn't to blame after an illegal immigrant, also previously released, killed three in 2008.

A federal court ruled years earlier that parents of a girl killed by a Mexican illegal immigrant in 2004 could not sue Austin and city officials. The court said the fault lies with the immigrant criminal, not the city.

Meanwhile, a 2009 Congressional Research Service report pointed to provisions in two U.S. laws -- the Personal Responsibility and Work Opportunity Reconciliation Act of 1996 and the Illegal Immigration Reform and Immigrant Responsibility Act of 1996. The laws bar restrictions on local governments sharing immigration information with the feds. Yet those laws may leave just enough wiggle room for sanctuary cities.

A 2007 Justice Department inspector general report found both Oregon and San Francisco were getting more than $1 million in federal funds for a related program while still following sanctuary policies. But the report said neither violated federal law, as their local policies did not outright "preclude cooperation" with ICE.

Yet in San Francisco, one local report said Sheriff Ross Mirkarimi sent a memo to deputies in March making clear only he could turn illegal immigrants over to ICE. He's being accused of going too far.

Julie Myers Wood, former ICE head in the George W. Bush administration, told Fox News that when she was at the agency, there was still "informal cooperation" with San Francisco.

"The sheriff now has cracked down on this informal cooperation so even when there are very known terrible, violent felons, he doesn't want any cooperation with ICE at all," she said.

The gun used by a Mexican illegal immigrant when he allegedly shot and killed a 32-year-old woman at a San Francisco pier belonged to a federal agent, a source confirmed to Fox News Tuesday.

It was not immediately clear how Francisco Sanchez, 45, would have obtained the weapon. However, the San Francisco Chronicle reported sources told the paper the gun had been stolen during a car burglary in June.

Earlier Tuesday, Sanchez pleaded not guilty to first-degree murder in last week's shooting of Kathryn Steinle, 32, while she was walking with her father and a family friend at Pier 14. Police said witnesses heard no argument or dispute before the shooting, suggesting it was a random attack.

Sanchez had previously told KGO-TV Sunday in a mix of Spanish and English that he found a gun wrapped inside a shirt while he was sitting on a bench at the pier and smoking a cigarette.

"So I picked it up and ... it started to fire on its own," Sanchez said, adding that he heard three shots go off.

A source familiar with the investigation told the San Francisco Chronicle that Sanchez said he was at the popular pier to shoot at sea lions, and discarded the firearm after realizing he had shot Steinle.


The shooting has drawn national attention and criticism of the city's sanctuary ordinance after federal officials revealed that Sanchez has seven felony convictions and was deported five times to his native Mexico.

U.S. Immigration and Customs Enforcement had turned Sanchez over to authorities in San Francisco on March 26 on an outstanding drug warrant.

The Sheriff's Department released Sanchez on April 15 after the San Francisco district attorney's office declined to prosecute him for what authorities said was a decade-old marijuana possession case.

ICE spokeswoman Virginia Kice said the agency had issued a detainer for Sanchez, requesting notification of his release and asking that he remain in custody until immigration authorities could pick him up. The detainer was not honored, she said.

Freya Horne, counsel for the San Francisco Sheriff's Department, said Friday that federal detention requests are not sufficient to hold someone. Under the city's sanctuary ordinance, people in the country illegally aren't handed over to immigration officials unless there's a warrant for their arrest.

Fox News' Jessica Miller and The Associated Press contributed to this report.
You must log in or register to reply here.