He just needed to be drunk and stoned for a full house !!

A YOUNG boy has allegedly been caught driving with loaded weapons while towing a dead donkey.
NT Police may not have immediately noticed the loaded firearm allegedly sitting beside the 13-year-old boy when they pulled him over for a breath test.
Or even the shotgun or the high-powered rifle with 100 rounds of ammo, both allegedly lying on the back seat.
The ute was, at the time, towing behind it in the dust a noticeably deceased donkey.
The history of the wonky donkey is so far unknown.
But it's believed the boy was sober at the time of his outing.


The young teen is actually a southerner who was on holidays, visiting his dad.
The 52-year-old father is facing charges for allegedly allowing his son to drive unlicensed and possess firearms.
Sergeant Conan Robertson, of the Southern Traffic Operations Unit, said they were doing a rural patrol about 2pm on Thursday and pulled over a Toyota Hilux for a roadside breath test on Coniston Rd, about 160km northwest of Alice Springs.
"Police found a 13-year-old boy driving the unroadworthy vehicle with a loaded .22 bolt-action rifle in the front seat," Sgt Robertson said. "The rifle had nine rounds in the magazine and one round in the chamber.
"There was also a 20-gauge shotgun and a high-powered .243 rifle laying across the back seat with more than 100 rounds of ammunition."
He said the ute was unroadworthy with severe damage to the front end, the bonnet held with a tie-down strap and the windscreen damaged.
Sgt Robertson said the boy was the only person in the car when they pulled it over.
He was allegedly driving from a nearby station towards the Stuart Highway at the time.
Police took the boy back to the station and spoke to his dad. They say he knew his son was driving with the firearms.
Sgt Robertson said the man would be summonsed for offences including delivering a firearm to an unlicensed person, failing to secure a firearm and permitting an unlicensed shooter to possess a firearm.
The firearms have been seized and the boy will be considered for youth diversion for traffic and firearms offences.

"It is very disappointing to find the child was out there armed with firearms and driving an unsafe vehicle with the full knowledge of his father," he said.

"We certainly hope that the fact the father will now face court will make others consider their actions before engaging in such reckless behaviour."
http://www.ntnews.com.au/article/2011/10/15/266631_ntnews.html

while towing a dead donkey

to say the least!.

Wonky donkey drugged by honky with dad who is stupid as hell...ok....not going on......my son said I just need to quit before I write a whole page......lol....where and why did they have all the guns and ammo in the fruck? 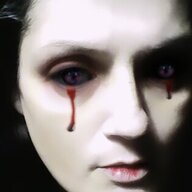 Oh nooooo, poor donkey, I will save u, come back to me!
You must log in or register to reply here.

WTF Is Wrong With People