Surfer's face impaled by board

WHEN Tom Palastanga reached up and felt a chunk of surfboard sticking out of his face he knew he'd copped more than just a bent nose at a New Zealand beach.

The 29-year-old geologist was enjoying the waves at Maori Bay, near Muriwai on the North Island, when the nose of another surfer's board became embedded in his face.

He'd just caught his first ride and was heading back out in the one-metre swell when he duck-dived and was hit by a surfer on the same wave, the New Zealand Herald said today.

"I just remember seeing him, his board and then the next few seconds just tumbling under the water with the boards and the leashes, thinking 'it's not a good situation," Mr Palastanga said.

The Aucklander, who moved from Bridgend, south Wales, about two years ago, surfaced a few moments later.
At first he thought he might have escaped the encounter with a broken nose or grazes.

"I felt my face because I thought my nose might be a bit out of shape and then I felt this thing sticking out of my face - it was a good 20-centimetres out of my face," he told the New Zealand Herald.

"I realised then it was a bit of his board that had snapped off and was sticking out of my cheek ... it was pretty surreal, it was a horrible situation."

A facial specialist said the chunk of surfboard had penetrated seven centimetres into his face.

It smashed through his left cheek, fractured the floor of his left eye-socket and went through the sinus and nasal cavity into the pharynx at the back of the throat.

Blinded in his left eye, he could feel the piece of board in the roof of his mouth and blood trickling from the wound.

Despite not being able to breathe properly, he was able to talk, and with the help of the other surfer, paddled back to shore.

"I was asking people how serious it looked and they all went, 'Yeah, it's pretty bad.'"

He was taken by ambulance to Auckland Hospital, where oral and maxillofacial surgeon Lance West was one of two specialists who spent four hours removing the piece of surfboard and rebuilding his eye socket.

"He was lucky it had missed everything that was going to bleed and most of the nerves," Mr West told the New Zealand Herald.

"A bit higher and he might have lost his eye but he has completely normal function there. Lower, and he would have damaged his teeth a lot."

Mr Palastanga, who had his left eye socket reconstructed with a titanium plate and screws and his nose put back in place after the accident three weeks ago, returned to his job in Auckland last week.

A surfer for 15 years, he says the brush with serious injury has not put him off surfing "but it made me realise how bad it could have been and just how lucky I was".
Click to expand... 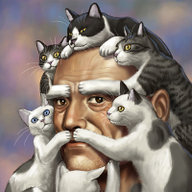 Damn, I thought it was lower than that.

Tiger said:
this is the best picture i could find with 30 secs of googling

Wow, thats not bad at all.. Imagine feeling a piece of something sticking out of your fucking face?
S

I wanted board-in-face pictures.
You must log in or register to reply here.