A Florida teen brutally bashed his parents to death with a hammer, then threw a party organized with Facebook invites while his victims lay in their master bedroom.
Tyler Hadley (pictured), 17, a Port St. Lucie, Florida resident seemed extremely ill-at-ease when police came knocking at his door at 4:20 am on Sunday morning. Investigators had been tipped off that the youth had murdered his parents and that the corpses were still in the home.
When police entered Hadley’s home, they could see evidence that a large party had taken place. The young man, who had dropped out of one high school and had attempted to obtain a diploma at two other learning institutions, told police that his parents were out of town.
While officers escorted Hadley down to police headquarters for questioning, others used a search warrant and ransacked the teen’s home only to discover the locked master bedroom door.
Upon breaking down the door, police came across the bodies of the teen’s parents, Blake, 54, and Mary-Jo Hadley, 47. The bodies had been buried under household items like towels, linens, and books, and a hammer had been placed between them.
Detectives believe that the hammer is the actual murder weapon that was used to beat them unmercifully about their heads and torsos. Police have described the murders as “brutal,” according to Associated Press.
Reportedly, the mother was bludgeoned first, then the father. Investigators state, that the bodies were then dragged into the bedroom.
The party began at 9 p.m. Saturday night and there were about 40 to 60 Facebook invitees; Hadley had posted his party invites only hours earlier at around 1 p.m.
According to police, the Hadleys, Blake, a nuclear power plant worker and Mary-Jo, an elementary school teacher, were being sued for $15,000. Apparently, Hadley had struck and injured a pedestrian last June while driving his dad’s car.
Meanwhile, Hadley was arrested and charged with counts of first-degree murder and is being held without bond. Police say he will be charged as an adult.
Readers, what do you think about this particular case? It might be old news to some but I tell ya Nannabook is evil !

Soon to be not much more of a story than simply it's "yesterdays news"... my guess would be starting tomorrow... soon to be pushed to the back burner of current events... while he spends time in prison and attorneys suckle, feed, and pursue the most beneficial route/means for their wallets... um... I mean for justice and the best interests of all concerned.

The boy's a waste of space.

Torque Button said:
wino what is nannabook?
Click to expand...

Abbattoir's right, Tork but I would just like to add 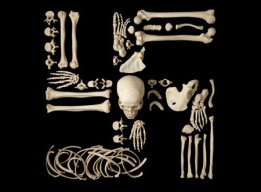 he doesn't deserve to live, execute him on the chair or hang him brutally like saddam hussein was hanged ( and beheaded)

Was the party worth attending?
OP

Sister said:
Was the party worth attending?
Click to expand...

dead boring for some

Not 18 yet? Wait until his birthday then execute him. He is "Lebensunwertens Lebens".
You must log in or register to reply here.
Share:
Email Link
Top