This is a very small article so I'm not sure where they are talking about banning the flag and signs. I'm guessing only on public property but nowadays I really wouldn't be surprised if they were trying to tell people they couldn't fly them on their own property.

It reminds me a while back some low income housing in Boston told Irish residents to stop putting shamrocks on their doors or in their windows because it might offend the newer, darker residents there.

NEW JERSEY (MYFOXNY.COM) -
The Hudson County town of West New York is considering a widespread sign regulation that could include banning American flags from being flown.

The Board of Commissioners have a draft ordinance for "General Sign Regulations".

Among the prohibited signs under the proposal would be "Flags, banners and pennants."
This has opponents upset.

"What if I want to hang the American Flag? I can't," Frank Ferriero told politickerNJ. "Man, that's un-American."

The proposed ordinance was first read at a meeting on Wednesday. The final vote on the proposal will be held on Feb. 20 at a 7 p.m. meeting at the municipal building.

The ordinance would also ban signs affixed to the exterior of a window or glass, neon signs framing windows, and window and door signs that exceed 15% of the glass area.

fuck you motherfucker! I did my time for this country,and if I want to fly my flag,im gunna! better yet,id put in a big ass pole,and fly that flag! lights and everything so I can keep it flying all night too! fuck you. who do you think you are anyway!?! doosh-bags...

Typical NJ liberal faggotry, people like that are part of the reason NJ is a terrible place to live.

Jersey is a shit hole. 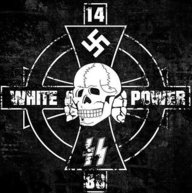 I thought Snooki was the worst type of person Jersey had to offer..... boy was I wrong 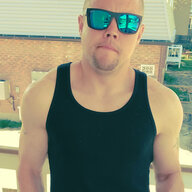 Read the ordinance..
You must log in or register to reply here.