Tunisian man sets himself on fire to protest unemployment

(CNN) -- A 27-year-old man protesting unemployment set himself on fire in the Tunisian capital, Tunis, authorities said Tuesday.
The man suffered third-degree burns, Tunisia's national civil protection and civil defense authorities said.
He was taken to the same hospital where Mohamed Bouazizi was taken in December 2010.

Tunisia's bubbling unrest
Bouazizi, who died after setting himself on fire, was widely credited for spurring Arab Spring uprisings across North Africa and the Middle East.
The 26-year-old street vendor earned about $10 a day selling fruit.
But after a municipal inspector seized his belongings, Bouazizi -- in an act of economic despair -- doused himself with fuel and set himself ablaze in front of a government building.
The fatal protest unleashed a wave of regional dissent against oppression, government corruption and stifled freedoms.
Self-immolation has since become more common in the Arab world, with people setting themselves on fire in Tunisia, Jordan, Bahrain and Morocco.

A young Tunisian who set himself alight in a protest over unemployment, sparking a wave of unrest and clashes, has died in hospital, his relatives told AFP Wednesday.

It's just to bad that the Zionist media can't spin this and lie that he lit himself on fire because there still isn't enough 'democracy' in the country, lol.

Actually who am I kidding, they still will try. 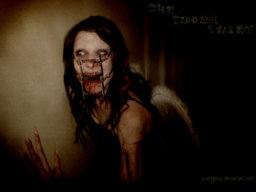 Just cause the action of Mohamed Bouazizi helped to start revolutions, it doesn't mean that it's gonna be the case everytime someone sets himself on fire, poor naive people

It is bad he died, I would have hired him as a human candle...
You must log in or register to reply here.
Share:
Email Link
Top