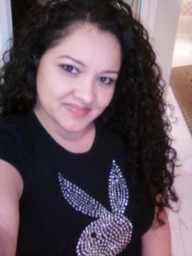 An excess of one common seasoning has left a Swedish man spitting mad.
The man, a 28-year-old from Gävle, a city in eastern Sweden, was behind a series of incidents in January, where he spat unknown people in the face “like a llama,” according to Swedish website The Local.
A few weeks later, he was arrested on suspicion of sending death threats via text message to two sisters.
During the trial, it was revealed that the accused had been treated at a hospital last summer and went berserk, injuring one of the employees.
He blamed his bizarre behavior on his excessive consumption of nutmeg, which contains an amphetamine-like substance.
Hospital staff had to sedate the man a few times due to violent behavior, such as the time he kicked a guard’s leg and dislocated it and when he tried to strangle a female guard before being overpowered.
The man was sentenced last week to four months in prison for illegal threats, harassment, damage to public property and threatening behavior.
Nutmeg is such a common spice that few people realize it contains myristicin, a natural compound that has mind-altering effects if ingested in large doses.
Some "nutmeg-heads" say the buzz can last one to two days and can be hallucinogenic, much like LSD, according to ABC News.
People who've gone "nutty" by snorting, smoking or consuming large amounts of the spice say the high is more akin to sniffing glue or gasoline than smoking pot. In addition, it is also more dangerous and has more permanent side effects, such as liver cancer, according to NutmegHigh.com.
Heart and nerve problems are also a risk, according to Gaylord Lopez, director of the Georgia Poison Center.
"People have to be really alert," Lopez told ABC News. "A person who has an unrecognized heart ailment could have problems that could lead to irregular rhythms. One plus one can add up to nine really quickly."

Poor guy should change his name...

Gaylord is a bad name. I'd rather see a thousand more baby girls named Nevaeh than one more baby boy named Gaylord.

'amphetamine-like'... yeah right. everyone loves to blame stimulants but you never hear anyone saying 'the coffee made me do it'...

When I was probably 12 or 13 and read the anarchists cookbook (lol) my friend and I ate a shit ton of nutmeg. We got wicked sick, threw up a bunch of times and never did anything stupid like that again.
You must log in or register to reply here.